Once upon a time at KamoCon…

05 Avr Once upon a time at KamoCon… 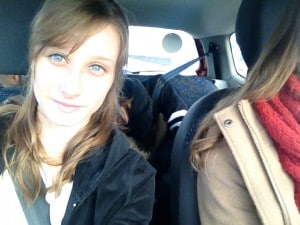 Our story begins on a cloudy Friday of March. Classes barely over, we took our suitcases right to the land of mustard! But because nothing ever happens as expected, we have been stuck in the famous traffic jams of Easter’s weekend in Paris. If only you knew… we had yet made a nice detour by the zone 5 to flee them! But no way, stubborner than Gargamel and faster than a Smurf in distress, the four-wheeled monsters held us back for more than an hour and a half. But it’s still too early to complain, our journey is barely beginning and many adventures wait for us! Yes, because after picking up our friends farthest south, we escaped from exhaust fumes to make a little gloomy tour in the fog of Dijon. Except for the fact that we arrived around 10.30 p.m. and that we ate quickly in the last opened fast food, I would say it began quite well compared to what we can experience when we are part of the Amaitsuki Guild! However, we still had little idea of what to expect! Because no it wasn’t a hotel were the event invited us to spend the night but in THE hotel *nuance!*. 10 minutes from the congress center by tramway, they provided us more than just cool hotel rooms and even breakfast for free. We weren’t princess, but almost!

But don’t think we have gone soft in the head because the following day, stage at 12 a.m., military discipline: everybody woke up at 6 a.m. (5 a.m. for the bravest)! Because we are all split up around France and because we mostly see each other for this kind of events, we had 3-4 hours left to set up the show: remember our positions and agree on the most difficult movements. You would say: “Why just 3 hours, you had 4 hours left, right?” ! Yes, we had, but even pseudo-idols need time to get ready and 45 minutes are not too much. KamoCon was the first stage of Ocha as a member of Amaitsuki, so I guess she was quite surprised or disoriented when she realized she would have to remember a lot of small details in a short time, but we all experienced that and we didn’t die because of that until proven otherwise! (And I wouldn’t like to be too kind with her because we have to be a little strict with new members MOUHAHAHAHA! but between us, she really did well!).

Enough talking, do not stay on those details because the most interesting is yet to come. Although 2016 was the first edition of KamoCon, there was a lot of people and we had the chance to have a gorgeous audience! *I admit we would have preferred to have less people on Saturday so that less people would see our numerous mistakes, but well it’s the live hazards!* 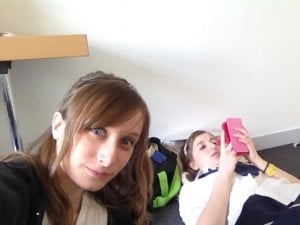 The live ended, military discipline, we didn’t have a break and shared good food, no, we get back to our trainings to be the best on Sunday ! *Ok, well… it wasn’t exactly like that… We had a problem of sandwiches delivery, we all suffered from hypolipidemia and we wait a long time before the staff who didn’t dare to open the door without hearing us say: “yes, come in!” actually came in and gathered up the remains of our bodies… Ok, well… it wasn’t exactly like that either… We had a problem of sandwiches delivery, they believed we suffered from hypolipidemia, they knocked on the door and found some kind of starving ghosts at 4 p.m.*. That being said, we survived and started rehearsals again from 5 p.m. in the cold of March! Then several persons who had assisted to our show came and asked *we thought they would say something like “Look! The losers of that morning!”* many questions about the association. You can’t know how delighted we were to learn that even if they usually preferred idols in 2D, they really appreciated our show. It’s with this kind of comments that our first day ended (in a McDonald crowded with all the staff * even if we didn’t put heads together about it xD*) 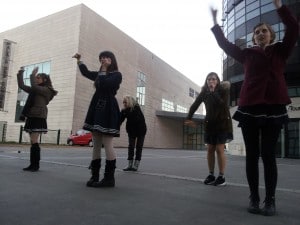 On Sunday, military discipline, everybody woke up at 7 a.m.! * Ok, that’s enough -.-‘* The second day is always cooler that the first one, so everybody woke up at half past 7 a.m. =D ! After taking the tramway, we left our bags *because yes I forgot to mention it, but going somewhere with Amaitsuki means becoming a donkey for some days*, trained one more time on the stage and it rocked! *yes, because we are so modest in the Amaitsuki Guild and I really wanted to use this expression x)*. Anyway, the sandwiches arrived safely, we took a break and we left for a 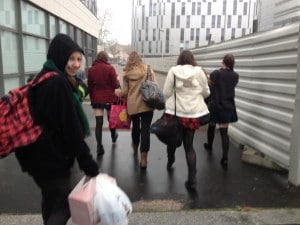 dventures on the hall of the event. We bought things, took pictures, bought other things, took other pictures, and when we thought we were completely unknown in Dijon, a distant kingdom from our headquarters, a girl stopped us and said “Can I take a picture?”, her friend answering “Who are they?”, the girl in fan mode: ”Youtubers !!”. Honestly we didn’t expect that! It’s so strange to be recognized like that when we weren’t all together and some of us wore tracksuits. But we were really pleased, so if you read this article, please don’t hesitate to talk to us when you’ll see us someday somewhere x)!

That’s how our journey finished, on a really positive note and stars in the eyes, with the deep intention to come back next year at risk of forcing entry if we are not invited! *just joking~*. On Monday we received many comments and likes on our Facebook page! Thank you KamoCon for this weekend it was just awesome! * no I’m not paid by KamoCon to say those things x)*.

Sorry, the comment form is closed at this time.